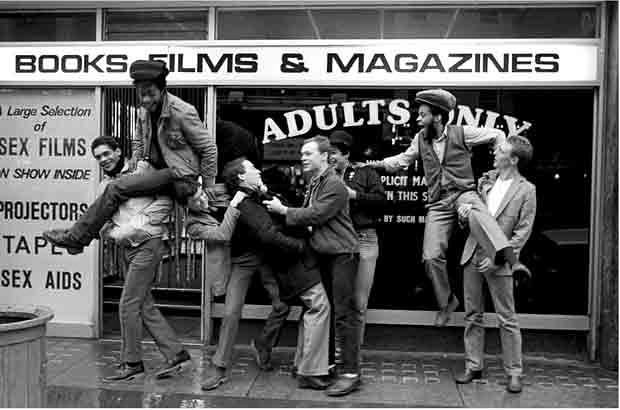 After a successful career with UB40, one of the most influential British Ska bands of all time, Ali Campbell is making a comeback as a solo artist. The voice of their biggest hit, Red, Red Wine, Campbell was a member of the Birmingham group for almost thirty years. Recently he teamed up with renowned music producers Sly and Robbie to produce an album of classic Rock songs with a reggae twist. Lily Mercer spoke to him about his interest in grime and the new album, Great British Songs, which features covers of everything from The Beatles to The Rolling Stones…

LM. How did you come up with the idea for the album?
AC. I did a version of Prince’s Purple Rain with the Fun Loving Criminals. When they came to me I thought, ‘That’s not an obvious reggae cover’ but it worked. I’ve done some weird covers in the past, Elvis, Sonny and Cher. The question was, can you reggae-fy anything? I decided I’d do a collection of iconic 60s and 70s songs. I found the songs that would adapt to Reggae beats, went to Jamaica to work with Sly and Robbie and in 6 days we put down 12 tracks.

LM. So can you reggae-fy anything?
AC. A couple of them didn’t make it, we were gonna do Make Me Smile (Come Up and See Me) a Cockney Rebel classic and Something In The Air by Captain Sensible. They didn’t work, so you try the ones that do. With UB40, we were covering what we thought were Reggae songs but in Jamaica they didn’t have Reggae on the radio til the 1970s. These Reggae classics were actually R’n’B songs from America. We’ve always covered songs, its something that’s synonymous with Reggae music.

LM. You worked with legendary Jamaican duo, Sly & Robbie, were they an obvious choice for the project?
AC. UB40 actually learnt how to play instruments using Sly and Robbie records so they were very influential. To be playing with them now is a joy for me because not only are they my heroes, they’re my friends as well.

LM. How did you select the tracks?
AC. The songs had to be iconic but not covered too much. I tried to stay away from songs that had been covered to death. Most of them I haven’t heard covered before.

LM. Do you have a favourite track on the album?
AC. Paint It Black and A Hard Day’s Night, but I’m happy with all of them. There are a few distinct styles of Reggae in the album, Ragga, Reggaeton, and Roots Reggae. I haven’t had a reaction like this since Labour of Love; the industry has really taken to it.

LM. What’s your opinion on the British music scene today?
AC. Grime I’m very interested in because it’s an offshoot of Dub. Reggae and Dub really are the most influential genres in contemporary music. We’re gong through very interesting times now as the record companies are falling apart and the internet is where it’s at. We should embrace it instead of being scared of it.

LM. UB40 came up in a time when unemployment was out of control and a Tory government was in power. As we enter a similar situation, how do you think the UK music scene compares and contrasts?
AC. You’ve got a pretty horrendous coalition of a government, not as militant and reactionary as Margaret Thatcher’s was, but I see very rough times ahead. I don’t think there’s the unity we had amongst today’s youth. UB40 were a shining example of multiculturalism, whereas this generation is self-segregated. I’m not sure I’d want to be a teenager nowadays.

LM. Why do you feel this album is right for now?
AC. It was a ‘Hey wouldn’t that be a good idea,’ moment. I’m still writing my fourth album out next year, which is called Rhythm Method. I did this with Sly and Robbie because it was a one-off project, but if it does well, I’m sure there’ll be a Volume 2 in the offing.

LM. What is it about music that has made you stay passionate after two decades?
AC. I made 24 albums with UB40 in 28 years; you’d get less for murder wouldn’t you? It’s difficult trying to re-establish yourself as a solo artist and let people know I’m not with UB40 anymore.

LM. What’s the biggest difference being solo after UB40?
AC. The hardest thing for me was to have to talk. All the attention’s on me and I feel like saying “What are you looking at?” But I’m kind of over that now and I’ve been enjoying some great shows with the new band. I recently got Epstein-Barr virus and had to cancel some shows but I’m much better and I’ll be gigging again by December.

LM. Where’s your favourite place to perform?
AC. Hawaii was always big territory for UB40. I went there recently with the new band and was a little apprehensive, but we smashed it. I’d have to say Hawaii’s my favourite because it’s such a beautiful location. We have an up for it audience, that’s something you have to appreciate. I spent a lot of time as an artist being really nervous, but you have to understand that people have paid to come and see you.

LM. You’ve had a hugely successful career with both critical acclaim and fan support. Do you ever think about quitting music?
AC. My body decided that for me this time. It all became a bit too much and the Epstein-Barr kicked in. But I love doing what I’m doing that’s why I going at full throttle and why I’ve done three albums in the last two and a half years. I think I’ll stop when my body tells me to pack it in again.