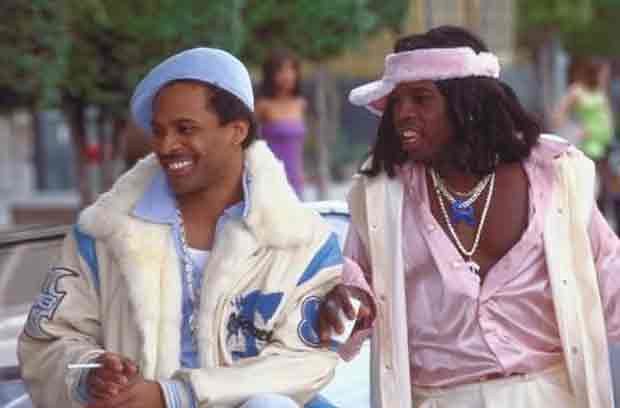 So Too Short and other Bay Area rappers have been blamed for an increase in teen prostitution. Apparently the affluent lifestyle that they promote through songs about pimping was what led these girls into prostitution, therefore it is the fault of the rappers. Hmmm, that’s a bit of an outlandish statement in my eyes. I don’t quite see him forcing anyone to do anything, in fact I see him boasting about a lifestyle that he probably doesn’t even indulge in. The girls interviewed for the article claimed that they were seduced by the glamorization of prostitution and then pushed into the lifestyle by their boyfriends.

By the sounds of it, these girls were easily led. To claim that you were forced into something is a strong statement. Someone would have to put a gun to my head to force me into a lifestyle I didn’t want. Too Short could tell me, “Bitch, go make me some money,” but I’d probably punch him in the face instead of having sex with strangers. I think blaming hip hop for prostitution is a bit like blaming video games for aggression. Sex and sexual desire existed a long time before boom boxes and break dancing. Prostitution is said to be the oldest trade in human society.

It is not necessary to do exactly what the song says. If I listened to Back That Thang Up by Juvenile on the bus and followed the lyrics, people would question my sanity. If I listened to Role Model by Eminem in the street, I’d probably be locked up by the end of the track. If someone is dumb enough to do whatever a song tells them to do, we should be focusing on their stupidity – not the person that they’ve decided to blame.

On the other hand, releasing an EP called Respect The Pimpin’ is not the way to quell accusations that you are telepathically pimping women. That’s a bit stupid really.

And while we’re on the subject, can someone please tell Too Short that pimping hasn’t been cool since the late 70s.