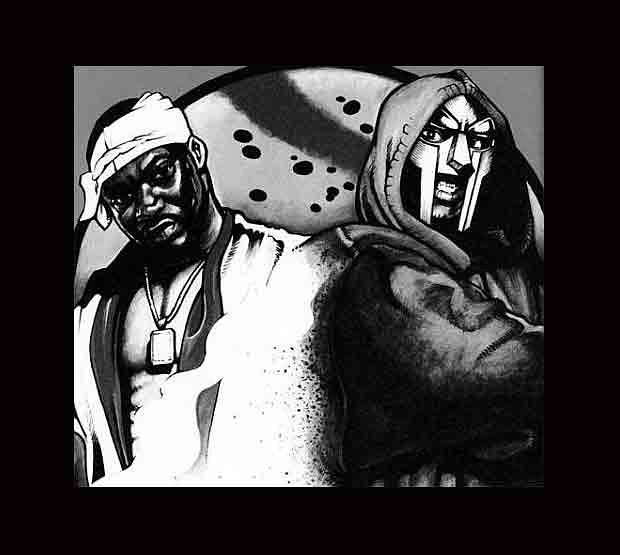 In conversation on a popular social networking site, I claimed to judge rappers based on their cartoon references. It’s something I hadn’t realised before, but it’s true. Well, half true. On my Top Trump rapper cards, I’d have to also include their number of arrests and the weight of their last consignment. But ultimately, a good cartoon reference can sway me to like a rapper that hasn’t even been arrested or *Macaulay Culkin in Home Alone face* sold drugs.

Unfortunately it can make you, as much as break you, as Drake discovered with “Swimming in the money, come and find me, Nemo.” Actually, that’s a lie. I wasn’t a fan of Drake before that amateur lyric. Plus I haven’t even heard the track, I only know he said that because it was included in a ‘Worst Rap Lyrics’ countdown. But back to the point, ‘What is it about cartoons and hip hop that you find so interesting?’ I hear you cry! Probably the fact they’re timeless. Probably the fact they make me smile. Probably because I’m secretly an overgrown child, who would rather watch Spongebob Squarepants than The Sopranos.

I also love the contradiction of rappers that push a tough guy persona then make an entire track based around fictional characters. I’m looking at you Ghostface. But fair play, he’d probably taken fuck loads of LSD beforehand. The way I feel about cartoon references in rap is similar to the way I feel about rappers and childcare. Anyone that follows Sean Price on Twitter will agree; watching the man known for lyrics so aggressive they make you want to attack strangers, requesting childcare advice via Twitter was surreal. But tweets like “Fuck y’all I’m gonna go watch Yo Gabba Gabba with my daughter” are a lot more entertaining than the constant flood of promotion coming from most rappers.