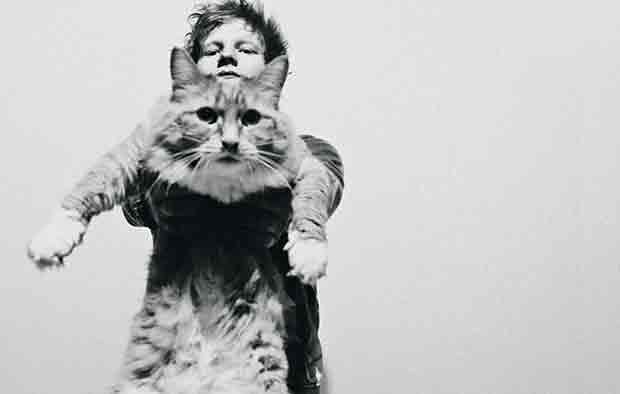 From cosying up to Rihanna in the iTunes charts to getting signed by Atlantic Records, 2010 was a big one for SB.TV favourite, Ed Sheeran. Lily Mercer and Tina Hart caught up with him to discuss grime and guitars…

On your current EP, No.5 Collaborations Project, you’ve got a lot of big name features. How did they come about?
It was through SB to begin with. I did the video for You Need Me for SB.TV and they all started getting in touch with him. It was an idea that I had ages ago and it unfolded then to be able to happen. Then it snowballed and all the connections fitted in.

Did you have the tracks already or was it something you worked on together?
The tracks were a collaboration or joint effort; most of them are specifically tailored for the acts. Like, JME’s very set in his opinions so I made him a track about not being played on the radio. The track was just the beat and “Are you gonna play me though/This song was never meant for the radio.” We wrote the rest of the chorus together and he wrote the verses. With the Devlin one, we literally sat in the studio going bar for bar and he freestyled pretty much all of his verses; it was mental.

What do you think of the fact that Radio is now being played on the radio?
Yeah, it’s playlisted on 1Xtra and it charted as well. So that whole song about not being able to chart and not getting playlisted, it kind of flipped it on its head.

Was there anyone that you would have liked to feature on there, but couldn’t?
The whole project had to be done in such a short space of time. It took about a year because I was working on other stuff like my main album and the singer songwriter stuff. I had to do it when I was free. Every time I’d finish in the studio with my songwriting stuff, I’d go in the studio with Devlin or Griminal till about 6 in the morning. The grime scene is huge and there are so many talented people. I put it into thought for those tracks, but because I only did that amount of tracks, that was all that there was. If I’d had time then there would have been more people to go on, but I guess that’s what Collaborations No. 6 is for.

What was it like working with Wiley?
I’m gonna let a little secret off… he’s the only one I haven’t met. I’ve spoke to him on the phone a lot and I’ve done some vocals on tunes for him, but I’ve never met him. That was the first tune we completed, so it was quite a good benchmark. But the mad thing is that everyone on the EP, I hang out with on a friendship level now so I really wanna meet Wiley just to tell him how great he is.

What do you think it is about your sound is it that attracts grime heads?
I don’t know, it’s not really grime music; it’s more like singer songwriter with some hip hop beats. Every MC came from a real approach; they took a bit of their heart out and put it on the track. That was them, not me. I just supplied the backing track and the chorus and the original concept. With the P Money song, all I did was make the chorus and do the beat and stuff and he was like ‘the concept is about this car crash’. People gave me too much credit. People say I brought the best out of the MCs, but I think the MCs brought the best out of me. It was a collaborations project, it happened the way it should’ve done.

Do you think the fact you’re not a typical grime head gives it a fresh sound?
Yeah, but then again I wouldn’t call it grime. I would say that the rappers on the CD originated in the grime scene but they’re all trying something different. I don’t think it’s helped out in a large sense, but I think it’s helped more people know who they are. For my fans, who are 14 year old girls listening to acoustic music, for them to be into Dot Rotten or Mikill Pane is insane. Or to go on the iTunes chart and see Devlin, Wiley, P Money, Ghetts, JME, Mikill Pane, Wretch, Sway, Random Impulse and Dot Rotten at Number 2 in the charts is sick.

If you had to choose a favourite track of the EP, what would you choose?
I can’t. You know what, every single time I recorded a song it became my favourite. The last one we recorded was the P Money one and that’s why it went to radio first and we had a massive push, because we were so hyped about that song. Then the Devlin one was my favourite, then the JME one was my favourite, then Dot Rotten, then Ghetts. I think that’s the great thing about the EP; it’s hard to pick out a song, which means they must be good. Unless it’s hard to pick out a song because none of them are good! It could be either way. I don’t have a favourite song but I’m really happy with the project, it came out exactly how I wanted it to.

What was it like being in Jamie Foxx’s house?
It was like an episode of Cribs. The celebrity fans are cool, but it’s just nice that they help to push it out to more people.

You’re good friends with Jamal, but what’s the most annoying thing about him?
He’s quite competitive, so if I tell him he can’t do something, he’ll go “Say nuttin’” then go off for five minutes and he knows he’s going to do it. I like to wind him up a lot. It takes quite a lot to wind him up, but I know what to do. There’s nothing irritating about him, I really like hanging out with him. We’re actually moving in together, we’re getting a pimp flat. It’s like one stage up from a bachelor pad. It’s a greeze man ting.

You can get flats with convertible roofs in Mayfair?
Is it? Sick. Mayfair? I don’t know if we’re on that much of a greeze man ting. We might be on a sort of Chiswick greeze man ting when it comes to buying a flat.

What’s your favourite SB.TV video, apart from your own and the ones by people on your EP?
There’s one with Scrufizzer I watched a lot when he’s got his hood down and he comes in with this flow that’s a bit mind blowing. It’s like, “There ain’t no time for this chitter and chatter and if I walk….” And it goes really fast. I watched that a lot. Also, when Loick does the A64 of Love Drunk and he hits this one note. Sick.

What about your favourite F64 out of the artists that are featured on your EP?
Wretch, without a doubt, that was the first one I saw and there’s this one line. I come from a very family orientated Irish background and family is everything and Wretch says one line, “People say money over everything I just say love over money and anyting and anyting.” I just love that lyric. But of everyone on my EP, I’d say Devlin’s one. Everyone on my EP just smashes it every time they do anything. They’re very talented people, so they’ve all done really good F64s. Even the ones that haven’t done F64s, they do brilliant freestyles.

Can you tell us about your mum’s jewellery?
I’m normally wearing some but I gave it to Talay Riley and Jamilah yesterday. She wears it all week on T4 now. My mum just started making jewellery, I started wearing it and people started saying can I buy it. She put something on my website to sell it and started coming to shows to sell it. I give it to people like SB who wears it now, greez man tings. I gave it to some of the Ruff Diamondz girls. I’m just trying to spread the awareness of my mum’s jewellery.

What’s your relationship like with JME?
Every time I hang out with him, its like we’re best friends, but I think he’s like that with everybody. JME’s a pretty much everyone’s favourite person to hang out with because he’s so lively and funny. He says cool words like ‘moesh’ and there’s a new one ‘moisturizer’ that he’s trying to use. I’m really happy I got to work with him. He’s a really talented guy and he hasn’t conformed to anything at all.

His Mike Lowery freestyle is pretty sick.
Yeah, you know the most gangster thing he said on that? When he said I’m married, I don’t need girls.

You did a version of Mike Lowery with Skepta.
Yeah I played guitar on an acoustic version for a Channel 4 show coming out about him. It was quite a fun thing to do because we went into the studio and there was this big bass guitar and I had to teach Skepta to play bass, which was one note. So he’s rapping and playing bass – just this one note. It was sick.

The Nando’s Skank has a big following. Can we get it as a B-side to something?
No, because it’s not a song! It’s not a song! Actually, here’s a deal, if Nando’s gives me a Black Card, I will record it as a song. Deal? It’s had nearly half a million views and they still haven’t.

Hang on, Pixie? She’s not grime!
Nah, Pixie was on Rinse back in the day, she’s got bare reload bars! Turn it up, turn it up, Bang! She was sick.