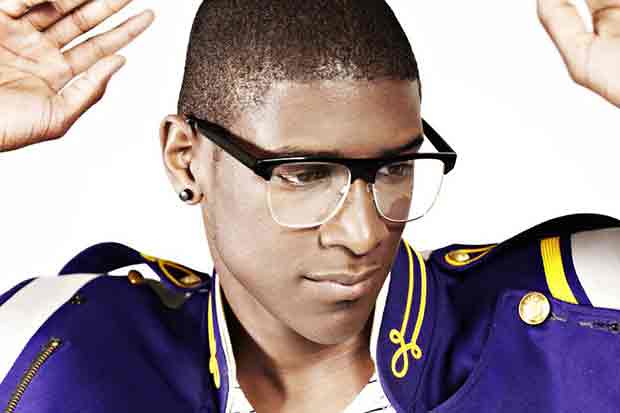 From producing the year’s biggest club track to signing to Syco, 2010 was a big one for SB.TV favourite, Labrinth. Lily Mercer caught up with him to discuss the recent trip to Nashville, his musical family and comparing himself to Suge Knight…

LM. Hackney to Nashville saw you travel to Tennessee on a song-writing trip. What attracted you to Nashville?
L. The way that UK artists work with acoustic music is quite different, so I thought I’d go out there and try a different approach to writing. They focus on songs, whereas we focus on production and eclectic sounds. It was kind of like a little experiment to make a song first, then add something quirky to it.

LM. Were you a fan the music scene in Nashville before?
L. My mum and granddad used to listen to country every day. I didn’t know the artists names, but their musicianship was extreme. So I thought why not pay homage and see the effect it has on what I’m doing in the studio. I’m a sponge to music so when I hear something I pick it up instantly. It was nice to go there and steal a bit of their vibe.

LM. How does it feel to be nominated for MTV’s Brand New for 2011?
L. That was sick man. We make music not just to be the chosen ones, but to make history in the industry. When you work, you wanna be shown love so it’s nice to know I’m being acknowledged.

LM. You gave nine reasons why you should win MTV’s Brand New for 2011, listing some impressive achievements. What is your proudest achievement so far?
L. So far, it would have to be when I brought out Let The Sun Shine.

LM. You come from a very musical family, did you always feel that music was the career path for you?
L. It would have been weird if I didn’t. It would have felt like going against the tribe. I would’ve been a traitor. When you love something, your love can die but it just kept on coming. I kept on learning new things and I started to excel.

LM. 2010 was a big year for you. Did you have any idea your career would take off so quickly?
L. No, I don’t think anyone does. You work so hard and you stay on your grind. When a strike of luck comes, you just take it with both arms. I’d been working for so long that when it came, I was ready for it.

LM. The majority of the songs you’ve appeared on, you also produced.
L. I know! It’s weird, I feel like Puff Daddy! Or no, what’s the guy that was with Tupac?

LM. Suge Knight?!
L. Yeah, you know that time at the awards show when he got up on stage and said ‘If you don’t want your producer turning up in your video, come to Deathrow.” A lot of the time, the artists I work with are like, ‘jump on the song’ because they like what I do. Usually I’m reluctant, but it’s nice to know they want me on the song.

LM. You write songs, play instruments, produce and sing. Is there a certain role you prefer to others?
L. They bring out different sides to me. Writing, I love because you can tell a story to someone. Creating a melody is the most important thing on a song. When I’m producing I feel like a stylist wrapping up a naked body, which is the song. Performing is like being an actor and showing the character behind those clothes.

LM. Do you enjoy the process of developing a track from scratch?
L. I’ve always loved it. As you grow it gets tough and more pressured so you’ve gotta maintain the same energy from when you when you were a child. It’s not as easy when you’re in the eyes of the public to enjoy music, but you do find your way. If you don’t, then you wont be staying around for very long.

LM. What can we expect from your debut album?
L. The stuff I’ve put out says that I’m a bit weird and a bit different. I love the idea that it’s a gallery and I can draw so many pictures in music. There’s gonna be a lot of different colours and a lot of different pictures. It’s my way of expressing sounds and styles I love on my journey through music. I feel like one of those explorers bringing something back to the UK from my journey through music.

LM. You’ve been in the studio with Mike Posner recently. Can you tell us what you’ve been working on?
L. We were working on songs for my album, his album and other people’s albums. We worked together a while ago and had an amazing time in the studio so we caught up again.

LM. Who else you plan to work with this year?
L. I’ve had calls from David Guetta and Swedish House Mafia. I’ve been working with Chase & Status, we made some banging stuff in the studio. I’ve got a studio session with a presenter, but it’s top secret.

LM. You said in the past that you’d like to work with Cher Lloyd, is this likely to become reality now that she’s signed to Syco?
L. I think I would have worked with her even if she wasn’t. A lot of people misquoted me. I really loved what she did on the first show, but as it went on she wasn’t as exciting to me. I think she redeemed herself in certain parts of the show and with a little more work and guidance she could be a sick artist. I might be throwing something at her in the future.

LM. You’ve worked with a lot of artists before they’ve blown. Who surprised you the most?
L. Devlin shocked me. It wasn’t that I didn’t get it, I just wasn’t fond of his style but it grew on me. His lyrical content is honest, not about drugs and going out. He’s got a message for the people and I love that. It’s like he’s Eminem in the UK. Posner really blew me away with his stuff. His writing is amazing. Yasmin is a new girl in the scene and we had a lot of fun in the studio. She came from DJing into music so it wasn’t really clear that she could do it. She sang to me in the hallway of my studio and she was sick. She sang a little Stevie Wonder song and I was like, “you’re killing it.”

LM. You’ve worked with big UK names including JLS, Pixie Lott, and Professor Green. Who would you like to work with outside of the UK?
L. I wanna work with Lil Wayne big time. I’ve got this beat waiting for him. I’ve had offers from a lot of people in the US, like Flo Rida, T.I., Usher and Akon. It’s a bit wild. I’d definitely like to work with Rihanna; I just like her vibe right now.

LM. What do you think it is about your sound that attracts people?
L. I’m not afraid to do my own thing. That’s what makes art become art. I put all that’s in my head and my heart into every note I play or piece of paper I write on. I think people love that it’s so raw and truthful instead of just trying to be a pop record or trying to sound like what’s out there.

LM. Do you feel it’s important to have your own sense of identity in clothing as well as music?
L. First if all I have to day thanks to Ayishat and Louize, my stylists. It’s definitely important; it’s like music. I think the whole quirky dressing thing lets people know that it’s Labrinth when they see me and gets people talking. A lot of ghetto dudes are like, ‘I’m not sure about those skinny jeans or that Mac coat’. Or someone will be like, ‘I love what he’s doing with the clothes’. I think it’s definitely part of the entertainment.

LM. British fashion photographer Rankin shot your video for Let The Sun Shine. What was that like?
L. I didn’t expect that to happen because I really loved the viral we did for Let The Sun Shine, but unfortunately we couldn’t use it. To go on to Rankin directing the video was sick. My heart was in my throat, but he was really calm. I’d never done my own video but it was really cool, I’m looking forward to the next one.