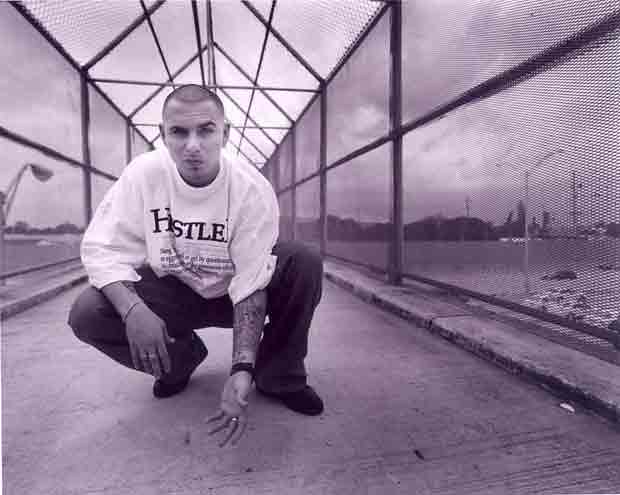 Following the success of his chart topping albums, Pitbull Starring in REBELUTION and Armando, Pitbull returns with Hey Baby (Drop It To The Floor) featuring T-Pain. Lily Mercer spoke to Pitbull about battle rapping, Lil Jon and his hometown Miami.

LM. Your new album, Planet Pit is out this year. What can we expect from it?
P. You can expect big global records with Chris Brown, Akon and T-Pain. The whole message behind the Planet Pit album is that we’re a lot more similar than we are different.

LM. Is that something you feel strongly about, using music to unite people?
P. I feel really strongly about it. Travelling the world and doing shows in places where we don’t speak the same language, we communicate through music. That shows the power of the universal language, which is music.

LM. You released a Spanish-speaking album in 2010; do you feel it is important to represent your Cuban heritage?
P. Being a Cuban American making a record in Spanish has been a dream of mine for years. I finally got the chance to do it in 2010 and the record is number 1 in the urban charts and has been for about 10 weeks now. We have another Spanish-speaking record coming too.

LM. You feature on Jennifer Lopez’s new track, On The Floor, her first release since 2007. Did you feel special when you got the call from her?
P. Definitely. It’s an honour and a great opportunity as she’s someone that opened the door for artists such as myself. J Lo is a hurricane that we all know can strike when the stars are aligned. To be able to work with Red One was also a blessing. He’s a great artist, a great producer and a great person. The record looks like it’s going to be a great hit.

LM. The rap scene of your hometown, particularly Miami Bass, heavily influences you. Do party tracks come naturally to you?
P. Miami is a melting pot. It’s a really international city so you get to hear so much different music. The kind of music I grew up listening to in Miami definitely gave me an edge on how to make records and records that sound good but at the same time have that rawness to them.

LM. Early in your career you met Luke of 2 Live Crew. Was he a great influence?
P. Luke is a monumental influence on what I’ve done. He inspired me to survive on my own without the labels. That’s why I’ve managed to survive throughout the whole TVT [Pitbull’s former record label] thing. I’m still surviving now in the music business due to the blueprint that Luke gave me as far as how to move independently.

LM. How do you compare your time spent battling to your career as a studio rapper?
P. Battle rapping is great, but it’s called a freestyle; you don’t get paid for it. If you’re going to go into this as a business, you’ve got to look at it like a business. When Irv Gotti pulled me to one side at a Ruff Ryders video shoot with DMX and Drag-On, he said, “Do you write records?” I said, “Nah, I just freestyle. He said “Yeah that’s great, but that shit doesn’t make any money.” That’s when I first started writing records. Battle rapping is a great way to tutor yourself as an MC. But look at all the battle rappers in the world that don’t know how to make a record.

LM. You just become a legend with no money.
P. Exactly. But the reason you go to medical school is to become a professional doctor. You don’t wanna do intern surgery your whole life, you wanna do big things.

LM. Were you determined to be a rapper?
P. Music has always been a part of my life. Growing up in a Cuban household you always have music playing. But as far as becoming a rapper, I just figured it was a hobby when I was 14 years old. But when I got that message from Irv Gotti, I was 17. That’s what made me pursue my career. I was into basketball before that which was my real dream.

LM. Is that something you would have done if you hadn’t made it as a rapper?
P. Probably not, I didn’t get a chance to grow over 5’8”. One way or another, I was gonna hustle my way into doing something. That’s the way I look at music and being a rapper, I embody a businessman. I think that’s what’s allowed me to survive all these years.

LM. You own your own record label and media website, Planet Pit. Do you see yourself as a businessman above a musician?
P. The music is the avenue; it’s the bread and butter, but it opens doors to more opportunities. That’s basically what Planetpit.com is and the label is. You give people jobs, but at the same time your name is growing and people are choosing to chase their dream and make their dreams reality. It’s not only a business, it’s a form of giving back. That’s one of the best things you can do when you’re blessed to be in a certain position.

LM. On El Mariel, you expressed a political side of your music, is this something you will continue to do?
P. As far as being political in music, I do it once in a while, but my grandmother always told me try and stay away from politics and religion, especially in music. Every once in a while I’ll do something political just to show we can do things from all angles and send out a message, but I try to stay away from it.

LM. You called your most recent album Armando, which is also your first name. Was this a chance to express your personal side?
P. As far as my personal side, in all my music, you can pretty much hear it. But the question is are you hearing it or listening? There’s a big difference. When people hear, they kinda get what they want out of a record. When they listen, they analyse every word that I’m saying. Even on a record like Calle Ocho, that’s such a fun record but if you listen to the verses I’m talking about things I went through with TVT and how people thought I wasn’t going to make it because the record label flopped. My music represents life in my city. Times may be tough, but living in Miami the reality is always beautiful women and fun places to go to. You get a lot in my rhymes but I’m a very fun person, exotic and from a very sexy city so it becomes reality real quick.

LM. What inspired your track Culo?
P. Culo is definitely inspired by Miami. At the time there was a rhythm out by Mr Vegas called Pull Up. The radio station in Miami would play it, but it sounded like ‘culo’, which means ass to us. It just made sense to put it all together, especially with all the ass in Miami. It turned out to be a monstrous record.

LM. When you take away the pimp cup and shades, what’s Lil Jon really like?
P. Lil Jon’s a great guy. He’s the one that taught me how to structure and arrange records. He’s a lot of fun when he’s out at the club but when he’s in the studio, its all business. He has no problem helping and that’s why he’s been here so long and will continue to be.

LM. Is he different to how people perceive him to be?
P. He’s like the captain. Everyone sees him as the Crunk guy, like “Yeah! OK!” but he’s actually chilled, he’s not that Crunk behind closed doors. That’s more when he’s in the club having a good time.

LM. You were raised on West Coast, and then last year did a track with Cypress Hill. Was that a surreal moment?
P. Working with Cypress Hill was definitely a great moment. Cypress Hill opened so many doors for someone such as myself. I look up to them in so many ways, one time for B-Real and Sen Dog. I really appreciate it. It was a great record; I got to work with Marc Anthony also so it was a blessing from all angles and a great opportunity.