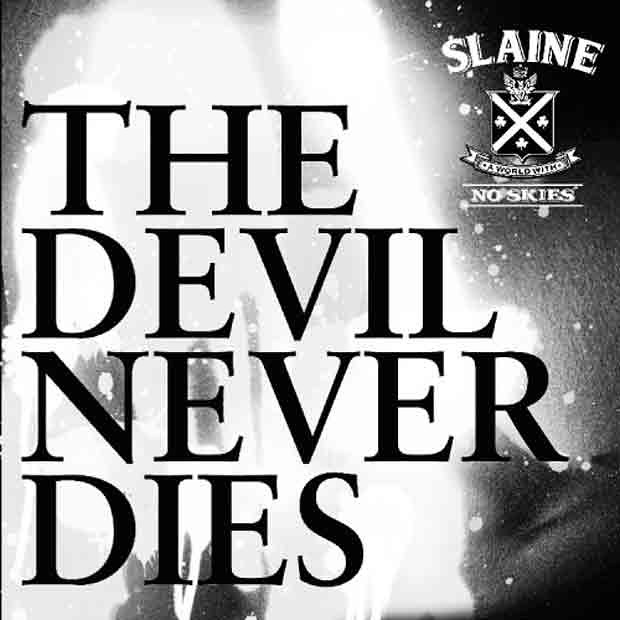 If like me, you’ve been waiting for Slaine’s A World With No Skies then you were probably disappointed when the release date came and went without any sign of the album. Though the album’s been completed, the release has been delayed due to sample clearance issues and is expected to drop early next year. But Slaine knows how to keep his fans happy, he put out The Devil Never Dies a free mixtape as a snack to keep us going.

The Devil Never Dies is a solid album boasting production from Statik Selektah, Stoupe and Silvamore and features from rappers like Amadeus, Jaysaun and Esoteric. Stand out tracks include Old English 2 and Trail Of Blood. So while we go back to waiting patiently for A Word With No Skies, here’s some food for thought.